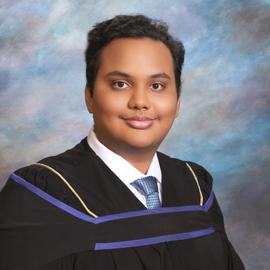 I am a Pre-Doctoral Research Professional for Professor Chang-Tai Hsieh and Professor Erik Hurst at the Becker Friedman Institute for Economics at The University of Chicago. I recently graduated from the University of British Columbia with a Bachelor of Arts, Honours in Economics with High Distinction.

My research interests span the fields of labor, public, and macroeconomics. I am particularly interested in the relationship between labor market institutions and earnings inequality. My Honours Thesis, written under the supervision of Professor Nicole M. Fortin and Professor M. Marit Rehavi, explored the effects of labor unions on racial wage inequality in the United States.

The stalling of convergence in racial wage inequality among men and the exacerbating Black-white wage gap among women coupled with higher de-unionization rates for Black people provokes an inquiry into the effects of labor unions on racial inequality. Exploiting variation from recent right-to-work legislation, I find evidence that laws that weaken unions increase Black-white wage inequality with the effects concentrated at the bottom of the wage distribution and among women. In addition to a baseline decrease in wages of over 3%, right-to-work laws lead to a disproportionate 3.88% decline in wages for Black women. These effects are largely driven by spillovers which are harshest around the twentieth centile of the wage distribution where the associated surplus union premium for Black women is the strongest.